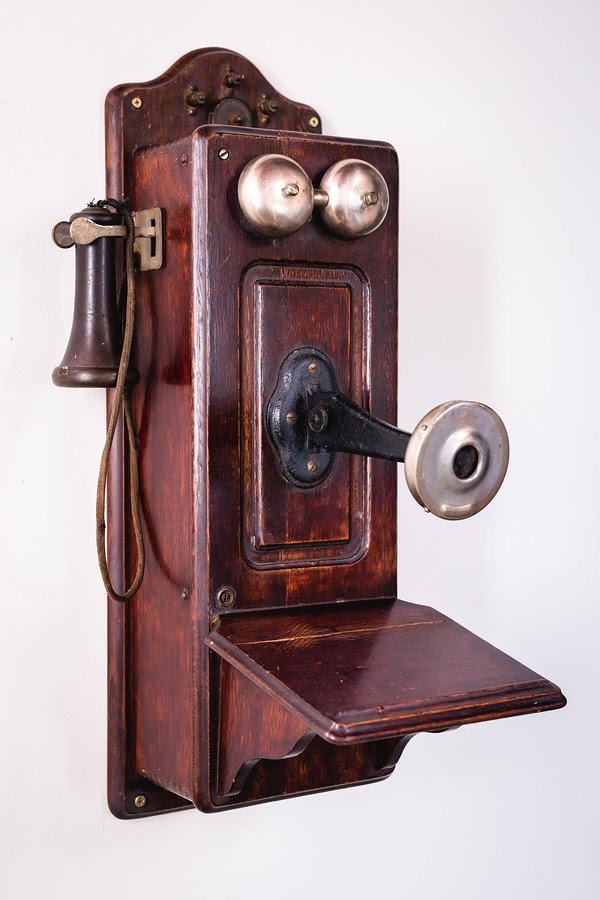 With seven children in Grandma’s family that phone got plenty of use.  I’ll get it!  And It’s for you were phrases that were heard frequently.  According to Luke Fernandez an author and professor at Weber State University, “The shared family phone served as an anchor for the home.  Home was where you could be reached and where you needed to pick up your messages.  With smartphones, we’ve gained mobility and privacy.  But … the capacity to guide and monitor family behavior and perhaps bind families more closely together has diminished.”

Communication skills were learned on those home phones.  Calling your girlfriend meant you might have to speak to her father or mother or worse yet, her brother.  A person learned to deal with salespeople, parents’ friends and Mom’s boss.  Beyond developing conversational skills, the family phone taught users to be patient and offered an opportunity to participate in one another’s lives.

Today, texts and emails pass through cellphones and can be kept private from family members.  Everyone is in their own technology cocoon – separate in their own silo.

Landlines allowed children to participate in their parent’s lives by listening to their conversations; it provided a window into their relationships.  Today children only see a parent silently staring at a screen, occasionally wrinkling a brow or laughing.  Sherry Turkle, a professor at MIT described this as “the new silences of family life.”

How do we keep those essential lines of communication open?   Turkle writes that creating special family time is critical as is the importance of device-free “sacred” spaces in the home.

If you grew up with a landline ringing, prepare yourself for a generation of children who will never enjoy that sound in their homes.  Perhaps a moment of silence should be in order.